By Michael Parker, The Conversation 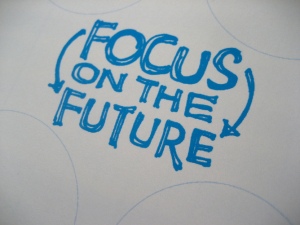 Stop “discounting the future”, work co-operatively, shake up national and international institutions, and fight short-termism were among the calls in a new study released yesterday.

With the world’s richest nations still struggling out of the global financial crisis, and the US government shutdown having paralysed the world’s most powerful nation through just such short term thinking, it’s certainly a timely topic.

Entitled Now For The Long Term, the study comes from the Oxford Martin Commission for Future Generations, established by the multidisciplinary Oxford Martin School. A broad church of academics, business leaders, entrepreneurs, government, ex-government and top civil servants, the commission spent a year examining the major trends and challenges that the world faces in the 21st century.

The commission’s members include among them current or former government members from China, Chile, Brazil, and South Africa, Dr Mo Ibrahim of the Mo Ibrahim Foundation, Nobel Laureate and philosopher Amartya Sen, Lord Nicholas Stern of the Grantham Institute for Climate Change, former director-general of the World Trade Organisation Pascal Lamy, and Arianna Huffington of the Huffington Post.

Their report, said Oxford School director and the commission’s vice chair Professor Ian Goldin, “has identified ways to break the gridlock in global affairs” and offers “concrete recommendations” to improve the lives of current, and future, generations.

The report identifies seven “megatrends” that are shaping the 21st century, which include the demographic explosion of an ageing population, the growth of a global, urbanised, socially mobile middle class, health concerns and the need for sustainability in all aspects of society.

Pascal Lamy, the commission’s chairman, said: “Instead of starting from the abstract, we’ve tried to look at what has and has not worked over the last 30 years in terms of coping with long term challenges. We have taken a scientific, not a philosophical approach.”

The importance lay in “building a chain”, said Lamy, “from knowledge to awareness, from awareness to mobilising political energy, and then to action.”

Drawing upon the commissioners’ areas of expertise, the report identifies 15 problem areas, and suggests policies to tackle them. Some are specific, practical, and could be easily enacted. For example, establishing Worldstat, a globally recognised body for collecting, computing and comparing statistics on which to base global policy. The similar Eurostat already exists; setup costs would be fairly trivial. Or CyberEx, an international, independent platform to monitor and combat future internet threats, drawing on the best existing expertise but offered as an open, trusted, international resource to all. With the world an increasingly urban one, another idea is to link 20 countries, 30 companies and 40 cities, the C20-C30-C40 Coalition that would bring together different skills and practices in order to innovate and deliver sustainable technologies like efficient buildings and vehicles more quickly.

Other suggestions are more open-ended, or difficult to implement. The report is critical of the short termism of national governments, concerned only with the next election. It is also critical of the inertia, inefficiency and inability of international organisations to produce lasting change.

Mo Ibrahim, the Sudanese telecomms billionaire and philanthropist whose foundation supports good governance in Africa said there was “a crisis of legitimacy”, and that “institutions have lost the people’s trust.”

The UN institutions set up after World War II, for example, were unsurprisingly tilted towards the Allies, leaving the Axis powers out in the cold. “But today Germany rules Europe, it’s economy is bigger than the UK and France put together, but it has no voice,“ Ibrahim said. “India – over a billion people – is not there, is not represented. Japan is not represented.

“Is the council representative of anything, or is it just five silly guys, each waving a red card and preventing anyone from getting anything done?”

The report suggests that publicly funded institutions carry mandatory sunset clauses, which would prompt debate and an assessment of the institution in order to see if it is still fit for purpose. “We need a fresh start for the 21st century,“ he said.

It is perhaps the most difficult elements of the report that are also the most important, and the least defined. Removing the “perverse subsidies” on fossil fuels and agriculture that are highly entrenched in many parts of the world is key, as they distort markets and by subsidising the environmental cost of carbon make it harder to press the case for tackling climate change.

But most important is to play the long term game; to invest in the future, one must invest in the young people who will be the future. Especially at a time when youth unemployment is very high, massive investment would be needed to break the cycle of inter-generational poverty.

Companies, like governments, also need to be eked off the addiction of short term growth and profits over long term goals, and to do this the authors state the costs to future generations should be taken into account in policy decisions.

Mo Ibrahim said: “The problem is that the future is deeply discounted,” with less weight given to the impact of today’s decisions on the people of tomorrow. “Business today is driven by quarterly results. We’re trying to change the mindset of this deep discounting of the future, or we risk not tackling the big issues of our time.”

He added: “This could be the best of centuries, or the worst of centuries. We must recognise the problems of short termism and build from it.”

This article was originally published at The Conversation.
Read the original article.